How do entrepreneurs know they are going to succeed? 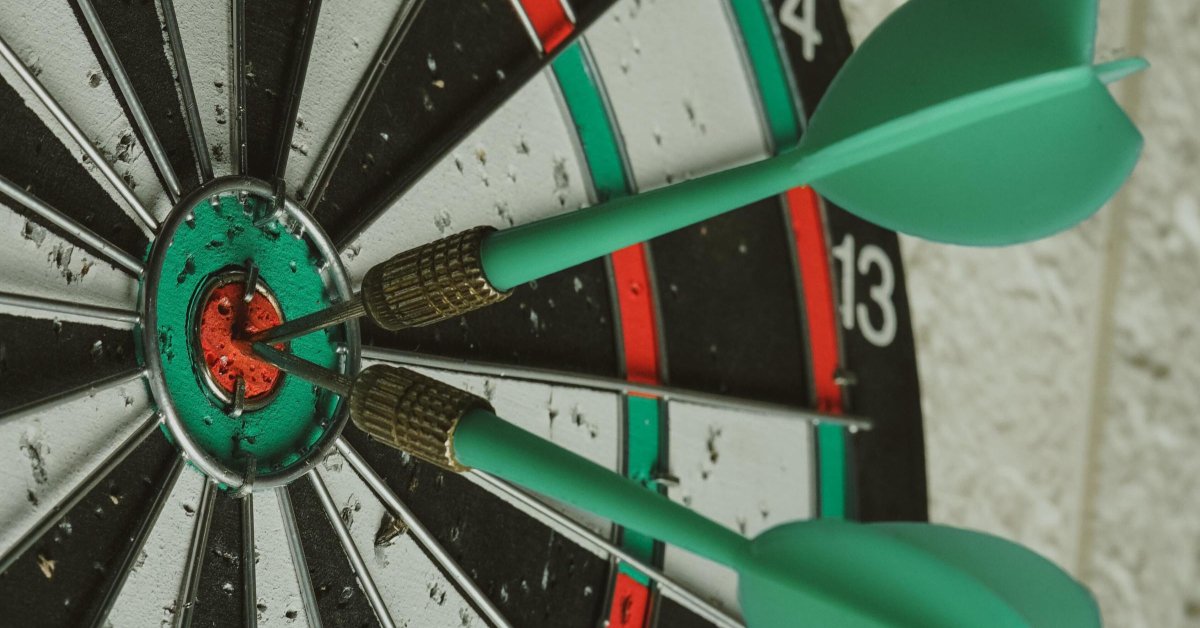 By Glenn Harper and Kyle Morris

This is a question we found ourselves discussing recently. Kind of like, why do you just know that even if Tom Brady’s team is down by 2 points with a minute to go, he is going to drive the ball down the field to kick a field goal. Or, if LeBron gets the ball with seconds on the clock and one point down, the Lakers are going to win.

The more we talked the more we realized that once an entrepreneur gets that first taste of success, there are essentially three things they all have in the DNA of what they do every single day.

To be clear, entrepreneurs don’t just miraculously succeed. It’s a journey. And that journey begins without the glory you see when success is recognized.

Often, when entrepreneurs are first starting off, they don’t have their swag or their confidence yet. In many cases, they feel pressure deep down that sounds a lot like this in their heads, “Everyone is against me. I want to do it, but I’m scared. I’m not used to success.”

They don’t quite know the extent of their capabilities; they just know they want to do something great.

The turning point is where the magic begins. The second they get that first client or positive affirmation, it’s over. They just go for it. They realize, “I knew I could do this! I can hit this out of the park!”

For many entrepreneurs, it’s this turning point that is the fuel for their journey. Maybe they left a cushy job or a stable position with benefits. Maybe people around them are saying, “you’re crazy,” “that’s never going to work,” “what if you fail?”

I (Kyle) had a student who came to interview me who was studying entrepreneurship in college. He asked, “when you were starting your business, what did you think about the idea of failing? And, it was the first time I really thought about it…that actually never crossed my mind.

I (Glenn) tell the entrepreneurs I work with that there is just too much negative energy in the word ‘fail.’ Fail means there is an out. For an entrepreneur, there is no out. You can retool, learn, or adjust, but an entrepreneur does not fail.

Doing what you want to do, when you want to, how you want to, and making enough money to achieve your financial goals are often the real measures of success.

A halo of optimism

With professional or high performing athletes, there is a level of optimism that surrounds every athlete. This is also true for every great entrepreneur.

That halo of optimism says, “I’m amazing, and I make amazing things happen.”

From the outside looking in, we might see a person with a relentless work ethic. Or someone who makes decisions that don’t make sense to the average person. That’s because for the entrepreneur, there is a halo of optimism that surrounds them.

They don’t go into business to ‘try it.’ Rather, there is a pure and total commitment to not only do it, but to excel at it.

Optimism is something that engulfs every high performing athlete and successful business person in that there’s no challenge that comes in front of that person that they can’t face head on.

They have a mentality that when and they miss a putt from 5 feet or lose a deal, they look at the situation and think, “That’s weird. Why did that happen?” They are expecting greatness, and when greatness doesn’t happen, they are kind of surprised by it.

As an entrepreneur, once you make the decision to make your idea a reality, it’s on you to make it happen. You have to look in the mirror and say, “I will make this work!” Entrepreneurs believe in their ideas so much that they go for it and figure out the fine tune as they go.

Entrepreneurs pivot. They keep tweaking their products, services, business model, or customer experience to deliver what clients want. They are on a journey with their clients, and they naturally evolve their offerings as client needs change.

Not to be understated, entrepreneurs don’t succeed by themselves. Like high performing athletes have coaches, business builders need guidance and mentors. They know what they don’t know and surround themselves with expert partners to help them make adjustments and decisions that affect their successful outcome.
If you are that business owner who doesn’t consider “failure,” whose mindset is stuck on “I’m doing this,” and who is able to pivot, adjust, and surround yourself with mentors and experts, you are an entrepreneur who is only going to succeed. 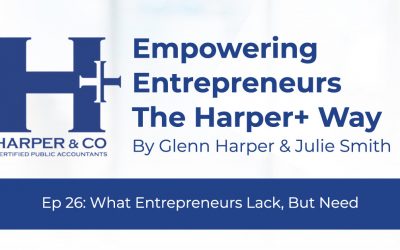 What Entrepreneurs Lack, But Need

Episode Transcription 00:00:06 - Glenn Hello, everybody. Welcome to another edition of Empowering Entrepreneurs Podcast. I'm Glen Harper. Julie Smith, what's going on? 00:00:06 - Julie Hey, you know, it's just another day. We switched up our day. So it's Friday, so it...

END_OF_DOCUMENT_TOKEN_TO_BE_REPLACED 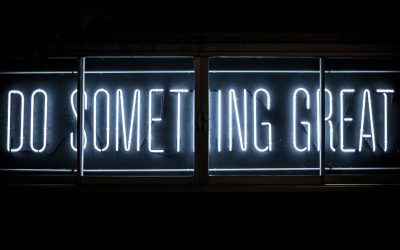 With a new year upon us, what should you be focused on as an entrepreneur with a business to build? New year. New opportunity to position yourself for success, to overcome challenges, and to move toward achieving long term goals. Entrepreneurship is a unique and...

END_OF_DOCUMENT_TOKEN_TO_BE_REPLACED 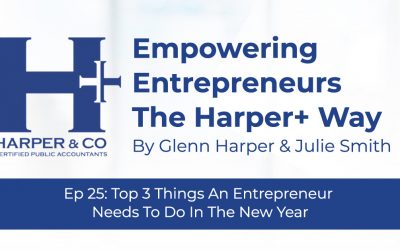